My Most Anticipated 2018 Releases From July Onwards 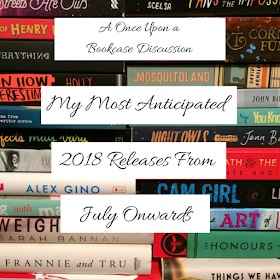 What books being published in the second half of the year are you looking forward to? Do any of these make your list? Have you been lucky enough to read any of these already? Let me know what you thought!