Once Upon a Retelling: The Unbinding of Mary Reade by Miriam McNamara

Welcome to Once Upon a Retelling! I'm a huge fan of retellings, and I'm really interested in hearing about authors' own love of the original stories, and what inspired them to retell those stories. And so Once Upon a Retelling was born, a feature in which I interview authors about their versions of well-loved tales.

I'm really excited to have Miriam McNamara stopping by the blog today to talk to us about her retelling of the life of historical female pirate, Mary Read, The Unbinding of Mary Reade. 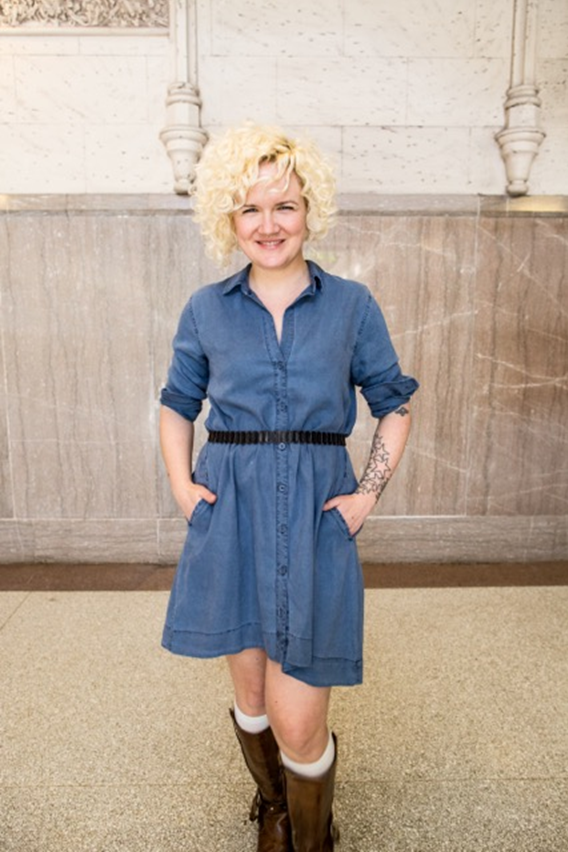 The Unbinding of Mary Reade is based on the life of Mary Read, a pirate who was part of Jack Rackham’s crew near the end of the Golden Age of Piracy. When I originally set out to write her story and began researching, I discovered that what many people take as fact about Mary’s life comes from a book called A General History of the Robberies and Murders of the Most Notorious Pyrates, which was published under the pseudonym Captain Charles Johnson in 1724. But this book is full of information that conflicts with confirmed historical record, and there is still no consensus on who actually wrote the book (Daniel Defoe is often listed as the author, but many experts believe that it was almost certainly not him). Most of what we know about Mary’s life is little more than a story, so I decided to retell that story by putting what drew me to Mary’s character front and center.


Why Mary Read? What drew you to this historical female pirate? And what inspired you to retell her life?

I mean, obviously female pirates are just inherently riveting! But what initially made me hone in on Mary is that A General History tells us is that Mary came to be disguised as a boy on board a pirate ship because she had been raised as a boy for duplicitous reasons—not the usual story of a woman taking on a masculine disguise by choice, to gain access to a world that was forbidden to her. What kept my attention is that she moved through the world as both a man and a woman, and she has relationships with both men and women. So many elements of the story told about Mary involve issues of gender and sexuality that are so relevant in my own life and in today’s cultural conversation.

Too often women, and especially queer women, have been written out of history. I love historical fiction, but I almost never find characters like me and the people I love in those stories. I desperately wanted to tell a story that was queer and romantic through and through. I wanted to explore a character who ultimately is not satisfied with the either/or binary of gender, and who instead choses to embrace themselves as someone whose identity contains both. Mary was also said to have had relationships with both men and women, most notoriously her relationship with the pirate captain’s mistress Anne Bonny. I wanted Mary to have meaningful, romantic relationships with both genders, and for both relationships to exist outside of the traditional heteronormativity celebrated in almost every other romance novel.

How does The Unbinding of Mary Reade differ from other retellings of Mary Read’s life out there?

In fiction, Mary Read and Anne Bonny’s story has almost exclusively been told from Anne’s point of view. Even including those books and stories, however, I didn’t come across any that explored their story from a queer perspective. The Unbinding of Mary Reade puts their romantic relationship and Mary’s struggle with identity at the forefront. 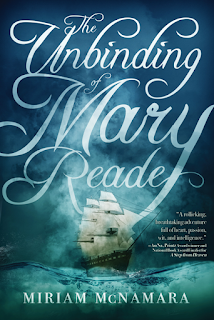 Were there any difficulties in tackling a retelling of the life of someone already known, over writing an original story? Anything that was easier?

It’s extremely hard to write a story about someone who is already known! I know some readers will be expecting the story to hew more closely with the well-known story of her life, so I had to be very clear with myself about why every time I varied from it. I also wanted to be as historically accurate as possible. It was an extremely difficult balancing act, but I think the story I told was worth it. Changing Mary Read’s name to Mary Reade was a nod to that retelling. Correct spelling is something that today we take for granted, but in the 1700s spelling was fluid. People spelled words the way they thought would best convey them. I decided to spell Mary’s name the way I thought best conveyed how to say it, and I decided to tell the story in the way that would best convey what I wanted to say.

What do you hope readers get from The Unbinding of Mary Reade?

I hope genderqueers and gay girls see themselves in the pages of this book, as we so rarely do. I hope my readers, gay and straight and everything in between and outside of those identities, fall in love along with my characters. I hope this story helps readers consider how gender presentation affects how we move through the world and colors our experience of it. I hope it makes history feel more relevant and more complicated and more full of possibility.

What do you think makes a good retelling?

In the best retellings, the author tells a well-known story in the way that only they can tell it, with a unique voice and perspective that makes readers think about what they take for granted in the stories we accept as true.

Are there any retellings you would recommend, either of Mary Read’s life, or in general?

I have to recommend Sarah Waters’ books. Her historical novels retell history in a way where queer women’s stories take the stage. I read an interview with her once where she talked about how in Tipping the Velvet she wanted to write a Victorian novel where queer women had communities and subcultures like the ones that were represented in Oscar Wilde’s novels, but how there was no historical record to go off so she just had to make it up. She writes stories that are so vivid and feel so true. Her novels were maybe my biggest inspiration for wanting to retell history in my stories.

For those who are thirsty for more information on the historical record of The Golden Age of Piracy, I recommend The Republic of Pirates: Being the True and Surprising Story of the Caribbean Pirates and the Man Who Brought Them Down by Colin Woodard. He does an amazing job of separating fiction from the historical record, as well as giving so much fascinating context for Mary’s story. His book was very influential on the choices I made when retelling Mary Read’s story.

Thank you, Miriam, for such a great interview! God, I am so excited to read The Unbinding of Mary Reade! It just sounds so amazing!

The Unbinding of Mary Reade by Miriam McNamara

A clever, romantic novel based on the true story of a girl who disguised herself as a boy to sail with the infamous pirates Anne Bonny and Calico Jack—and fell in love with Anne Bonny.

There’s no place for a girl in Mary’s world. Not in the home of her mum, desperately drunk and poor. Not in the household of her wealthy granny, where no girl can be named an heir. And certainly not in the arms of Nat, her childhood love who never knew her for who she was. As a sailor aboard a Caribbean merchant ship, Mary’s livelihood—and her safety—depends on her ability to disguise her gender.

At least, that’s what she thinks is true. But then pirates attack the ship, and in the midst of the gang of cutthroats, Mary spots something she never could have imagined: a girl pirate.

The sight of a girl standing unafraid upon the deck, gun and sword in hand, changes everything. In a split-second decision, Mary turns her gun on her own captain, earning herself the chance to join the account and become a pirate alongside Calico Jack and Anne Bonny.

For the first time, Mary has a shot at freedom. But imagining living as her true self is easier, it seems, than actually doing it. And when Mary finds herself falling for the captain’s mistress, she risks everything—her childhood love, her place among the crew, and even her life.

Breathlessly romantic and brilliantly subversive, The Unbinding of Mary Reade is sure to sweep readers off their feet and make their hearts soar. From Goodreads.


If you enjoyed this post, check out the other interviews in the Once Upon a Retelling series.